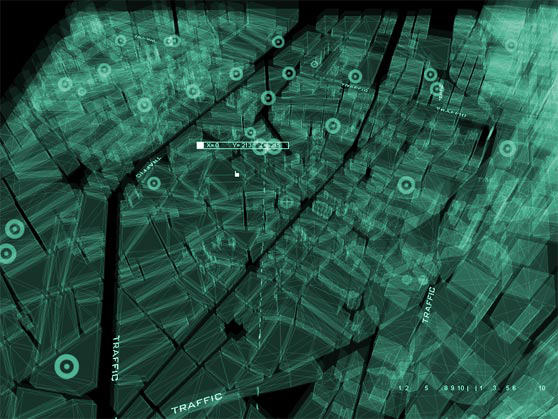 Bio:
About LAb[au]
The development of the “sPACE, navi-gable music” application by Lab[au] in the past few years lead to the elaboration of new performative 3D environments and many possibilities of collaboration. Among others, like for instance INFO.SCAPES_ INFOR-MATION SOCIETY, an interactive 3D hyper-textu(r)al interface designed for the European Commission to display the poli-tics of the EU commission in the field of IC technologies (see http://www.lab-au.com/files/doc/eu.htm), the CITYSNAP-PER_Game project uses properties of 3D electronic environments to create a spacial navigation through collected data.

About iMAGE z[ONE] – Olivier Vanderaa
Mainly focusing on contemporary western society, and particularly urban structures and cultures, leaning on a documentary base, Olivier Vanderaa started in early 2002 a reflexion on the nature of the city, considering it as the result of the interaction of two processes: a physical construction (urbanization) as well as a mental (space representation, social context) one. Naturally came the question of how to map these characteristics: in that matter, new media seemed to be appropriate tools, for they allow to easily index the collected data, to interface them with the user (notably through hypertext links), and because the web medium permits to keep a trace of the work and thus draw a comparison between various urban contexts. More information can be seen at www.o-vanderaa.com/citysnapper_gamez.